Yorkshire forced rhubarb is a taste sensation! Forget about the soggy green rhubarb with watered down custard you remember from school dinners, rhubarb has had a serious resurgence, getting in on the act with everything from rhubarb compote for porridge, savoury dishes to a gin treat!

If we haven’t screamed about it enough yet, we’re pretty passionate about sourcing the best Yorkshire has to offer, especially when they’re at their seasonal best! So last week I popped in to visit Jonathon and the team at Westwoods & Son, to see how it all works…
Currently the fifth generation to farm this land, (which has been in the family since the 1870’s) is Jonathon, who started work on the family farm at around 9 years old. And although he once had plans to be a vet, Jonathon, who we’ve dubbed our King of Rhubarb, never left! He also now serves as the chair of the Leeds and District Markets Association, who will be hosting the 98th annual Rhubarb Dinner and Dancing this month!

GOD’S OWN COUNTRY Any proud Yorkshireman will tell you why Yorkshire is the best and the rhubarb certainly agrees! The famous Rhubarb Triangle, a 9 square mile triangle in West Yorkshire, stretching between Wakefield, Morley and Rothwell produces almost all of the forced rhubarb in the UK. It is so fantastic that it was granted protected status by the EU in 2010. Historically forced rhubarb thrived in Yorkshire as it provided the perfect environment, the cold early frost, heavy rains and perfect soil depth mixed with the availability of cheap coal from the local mines to keep the sheds at the perfect temperature. They even use ‘shoddy’, a Yorkshire wool waste product, to spread on the fields! However, we think it continues to flourish because of the dedication of our Yorkshire farmers!

So how does the PERFECTLY PINK MAGIC happen? The rhubarb is grown outdoor in fields for two years, the roots toughen and absorb and store energy from the sun, before being moved into forcing sheds after the cold November frosts. They are then grown in dark sheds, where the shoots rapidly grow, in search of the light. Removing the light means they keep their distinctive pink colouring. Jonathon at Westwoods, which now employs over thirty permanent, local staff, tells us how rhubarb farming is incredibly manual work. All the rhubarb in the forcing sheds are continually checked by the staff, where they adjust temperatures and water appropriately, before being completely picked and sorted by hand.

While having a walk around the farm, peaking into the PEACEFULLY QUIET SHEDS at different stages of the growth, feels magically calm. I was told I may hear snaps and crackling as the rhubarb grows quickly, so when I heard a noise, I excitedly asked if that was the sound of it growing?! ‘That’s a drip, from the roof’ Jonathon informed me with a cheeky Yorkshire grin! Some of the sheds used have been standing since the late 19th century. And that famous noise – is in fact the rhubarb popping out of the buds.

We stock LOCAL YORKSHIRE FORCED RHUBARB throughout the season which lasts approximately Dec – May. Next time you pop in why not pick some up and try it!

Fun fact: Rhubarb is actually a vegetable! Why not try rhubarb in a savoury recipe, like our duck with aromatic rhubarb or rhubarb stuffed chicken

More from our Blog 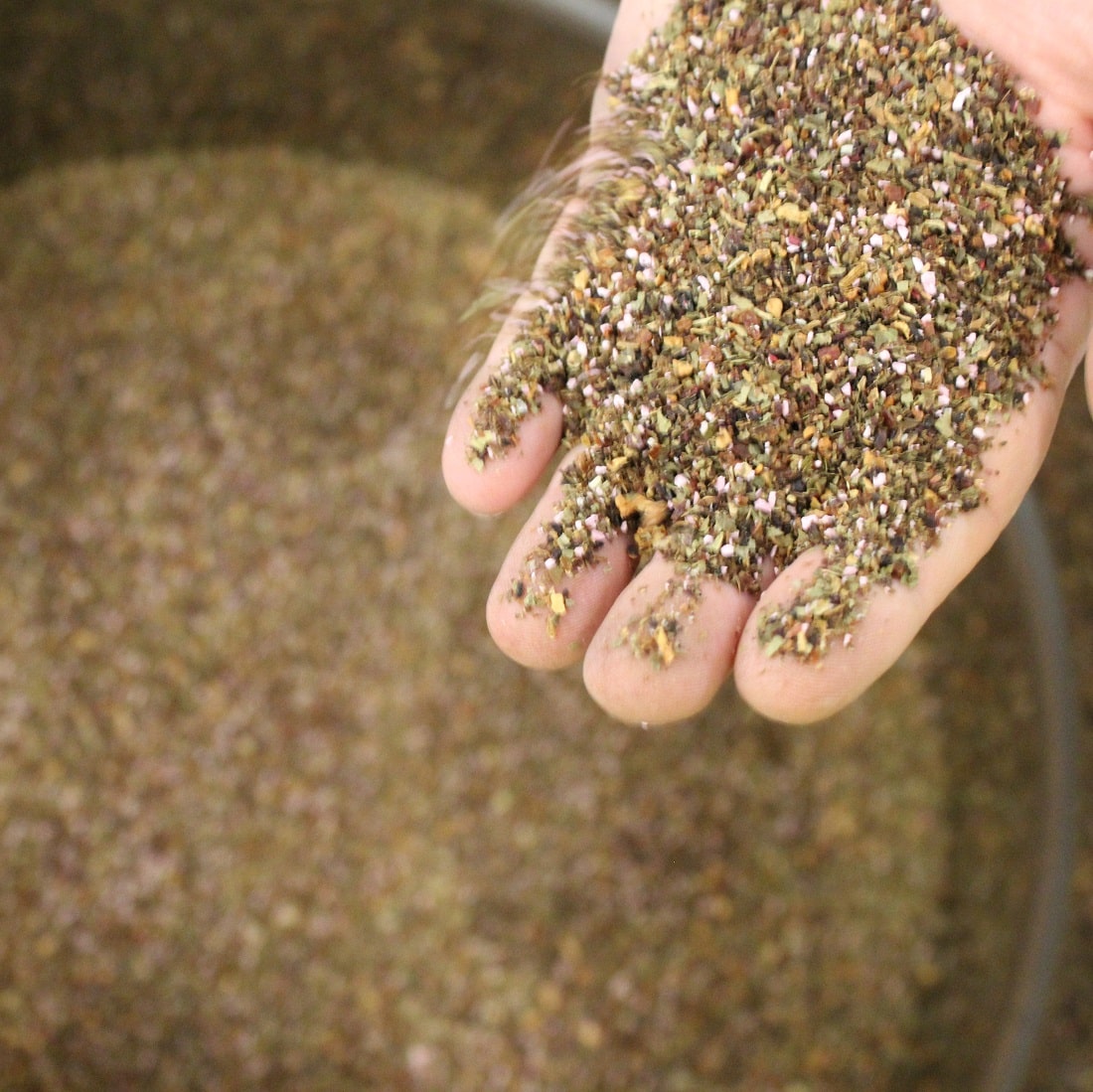 National Tea Day is quite possibly one of the most British celebrations we could think of. And with Taylors of Harrogate, the home of Yorkshire Tea just down the road from us at Fodder, we thought it would be rude not to pop over and see how the county’s favourite brew is made. Their state …

Best butchers in the land

This week we celebrate National Butcher’s Week, and although we’re happy to shout about our heavily awarded butchery department (the best butchers in the land) all year round, we thought we’d take this time to focus on our in house butchers in more detail! Our head butcher, Ben, has been in the industry since he was just …

No products in the basket.

Your browser is out of date!

Update your browser to view this website correctly. Update my browser now

This website stores cookies on your computer. These cookies are used to collect information about how you interact with our website and allow us to remember you. We use this information in order to improve and customise your browsing experience and for analytics and metrics about our visitors both on this website and other media. To find out more about the cookies we use, see our Privacy Policy.
Accept